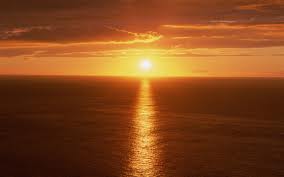 There comes a time in the day when the sun begins to set, and the dark shadow of dusk creeps along the walls of all hospital rooms.  This is a capricious time that has some nurses counting on one hand the number of hours left in their twelve hour day, and other nurses crunching egg shells under their well worn clogs knowing those last few hours might be the longest of their shift.

Growing up I faced a cast of classic characters that ruled the night.  My demons included such greats as Dracula and The Wolf Man, Dr. Jekyll and Mr. Hyde, Frankenstein, and The Creature from the Black Lagoon.  In my teens I was haunted by the likes of Jason and Freddie, Micheal Meyers, and The Exorcist.  When I made the choice to go into nursing I didn’t realize that I would be facing other people’s demons as well.

Last Thursday started off like any other day.  With coffee in hand I headed to the nurses’ station, signed in, got my assignment, and took report on my patients.  As I’m getting report from the night nurse it’s clear she is exhausted, frustrated, and by all accounts finished.  I’d call it at least a two drink morning.  Her patient (soon to be my patient) wreaked havoc all night long, and it was obvious her patience was worn and tattered.   An 87 year old woman had broken her over the course of her 12 hour shift.  My patience however was fresh and new, and so I began my day upbeat, and optimistic.

Why so optimistic?  I had the sun on my side; nature’s way of soothing dark forces.  It wasn’t long before the cries of the night Banshee settled, and I could go about my day unencumbered…for awhile. 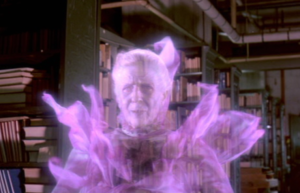 The Calm before the storm

That “while” lasted until the sun began to set.  With the quickness of Dr. Jekyll’s potion, my quiet, frail, elderly patient began to morph into what I can only describe as a possessed soul.  Her paranoid eyes stared at me with the “I know what you’re up to” look, as I’ve seen this look many, many times before.  It is the stare of The Sundowner.   This phenomenon associated with the approach of night robs the elderly of their wit, and replaces it with paranoia, aggression, obscene behavior, and super human strength.

I couldn’t help but feel like a character in a movie, removed, and yet present at the same time.  I know this lady believed I was out to get to her, any convincing to the contrary only made me all the more guilty.  Her screams could be heard up and down the hallway as she shouted, “HELP…POLICE…HELP!!”

I was trying to help. I kept reminding her of the time, and place she was in.  I had her speak with her husband over the phone but nothing I tried was working.   Then out of nowhere SLAM and it was me screaming “Ow!!”  She launched her hospital telephone at me while my back was turned and it slammed into my shoulder with such force.  Several minutes ago this woman didn’t have the strength to roll on her side, and now she’s got the arm of Mariano Rivera, and it’s strike one for her!

I look at the clock.   It’s only 5:30p.m.  I need reinforcements, so I send out my own cry for help.  But it’s busy; it’s the ICU.  Reinforcements are slow to arrive.  I speak with the doctor, who orders a pill to try and calm her down…a pill?  This woman is spinning her head like the exorcist and he thinks I’m going to accomplish anything with a pill!

So like Nurse Ratched I approach with a calm, kind demeanor, offering her her dinner tray to eat, and hoping I might sneak in that pill, but she knows, she clearly knows I’m up to no good.  She looks at me with disgust, chuckles like the devil himself, then turns her head away.  “You’re a pig, you’re nothing but a filthy pig…get out of here.”  The words come out deep and low sounding.  Each syllable articulated so I wouldn’t miss a thing.  She is completely mad.

She has beaten me at my own game, but I leave the tray of food as a peace offering and I move on to the other side of her bed. Out of the corner of my eye I see her reach over for her tray and with the spryness of a child propel it to the floor.  I’m running in slow motion to stop what I cannot get to fast enough and SLAM, food and broken glass explode over the floor leaving splatter debris clinging to my uniform…strike two!

When the Dr. finally arrives, his hubris preceding him, he asks me for the pill.  I point to the unopened package on the bedside table and he asks for assistance:  spoon…yes doctor…applesauce…yes doctor…crushed pill…yes doctor; he guides the spoon in for the final approach…BAM, the spoon goes flying and now she’s got Dr. Smarty-pants by his lapels, tears the glasses off his face and mangles the frames, strike three!

It’s at this point that Dr. Smarty-pants ups the ante and orders an antidote to Dr. Jekyll’s potion.  I dutifully administer the cocktail into her I.V.  It only takes a minute; she’s not quite the lobotomized McMurphy, but she winds down like the slow moving toy whose batteries are near the end.

It’s at this moment, when the chaos has quelled and everyone is pulling themselves back together that I can look upon this elderly woman and reflect on how such a sinister invader had taken over her body.

Why does this have to happen to people, and how can it take someone so frail and turn them into The Hulk?

Unfortunately it is still unknown what causes Sundowning to occur.  It is connected with people who may have dementia or Alzheimer’s.  It is also believed to be caused by a change in the brains circadian rhythm, a bundle of nerves that keeps the body on a 24 hour clock.  Whatever the reason, it is one of the more challenging and heartbreaking aspects of my job. 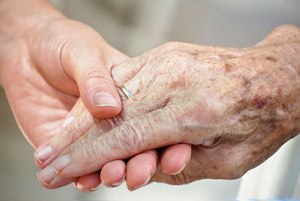 My heart breaks for these people.

When 7p.m. rolled around I couldn’t wait to get out of there.  I too was now tattered and torn.  My night shift coworker greeted me with a warm smile and the same look of optimism that I had so foolishly worn 12 hours ago…

I think it’s going to be a three drink night! 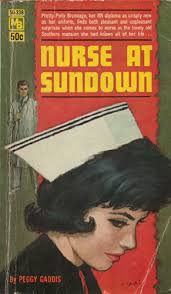 I think that’s me.

16 thoughts on “The Sundowner: A Monster of the Aged” 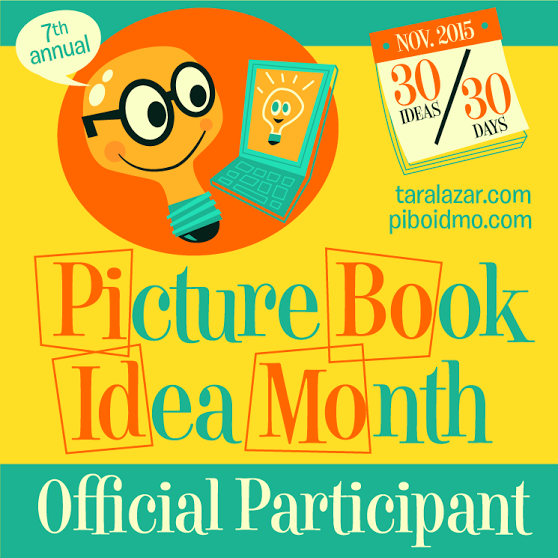 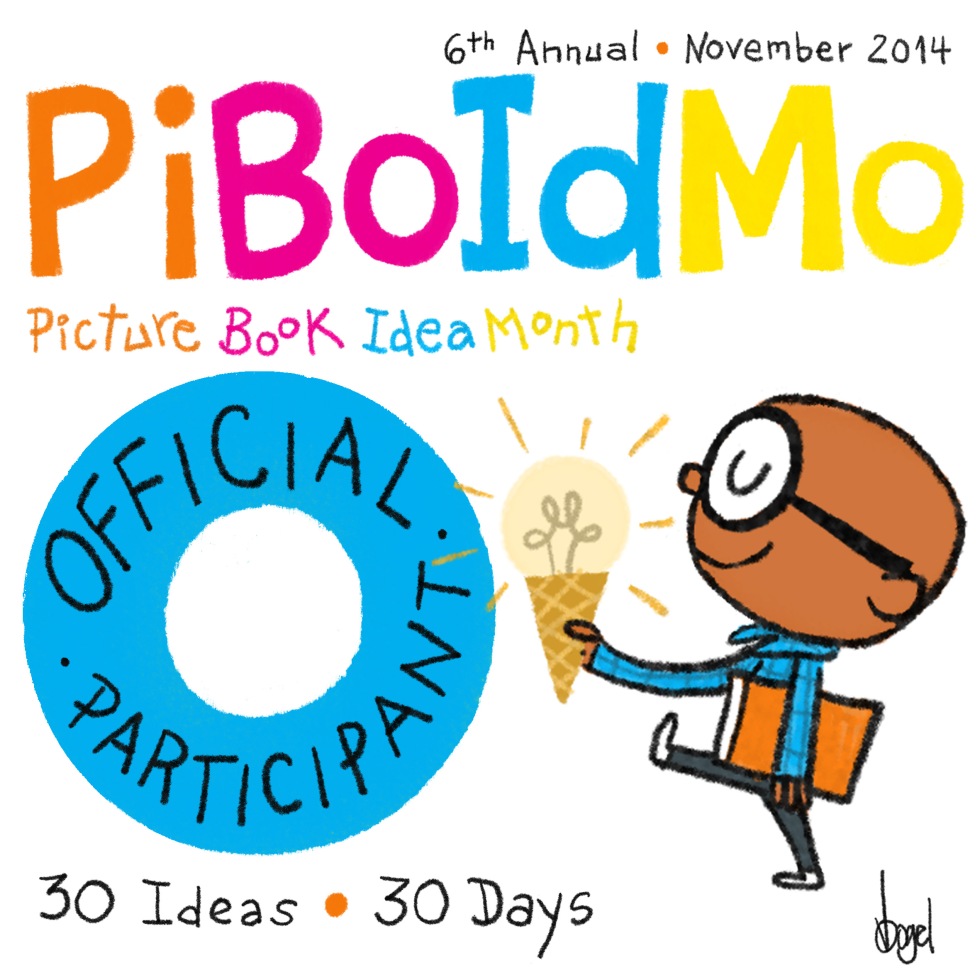 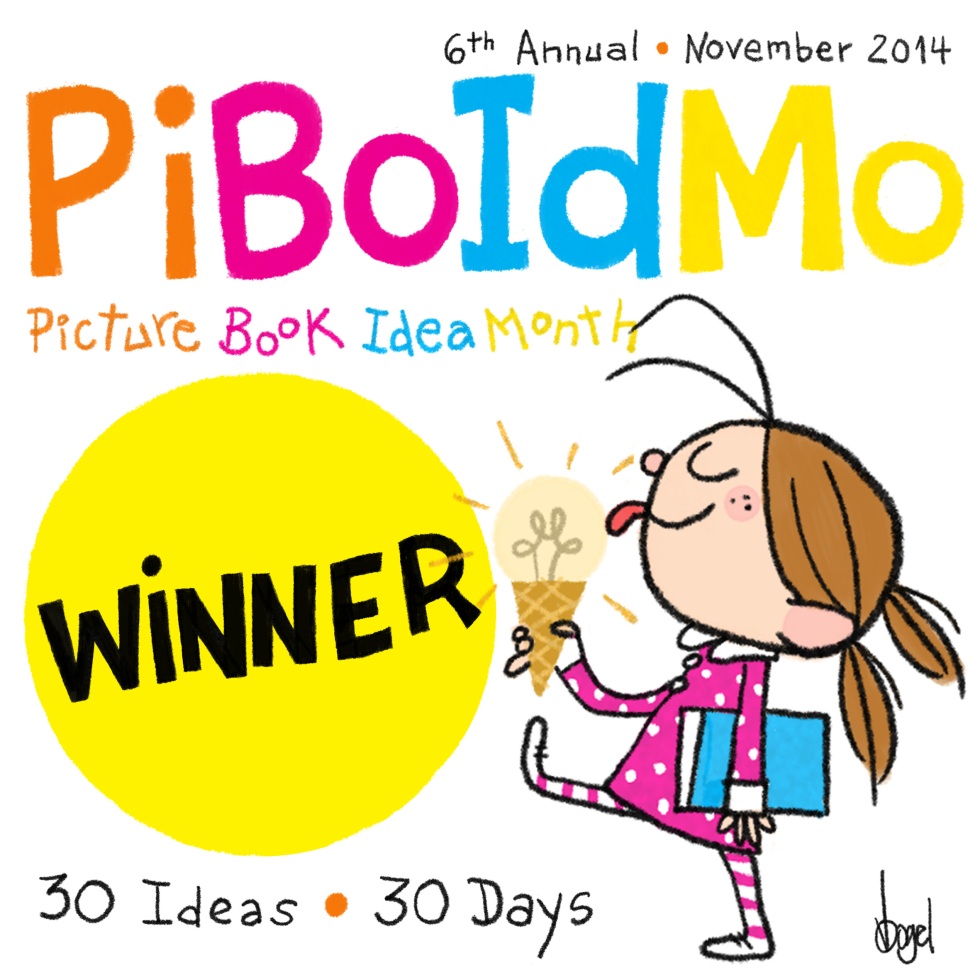